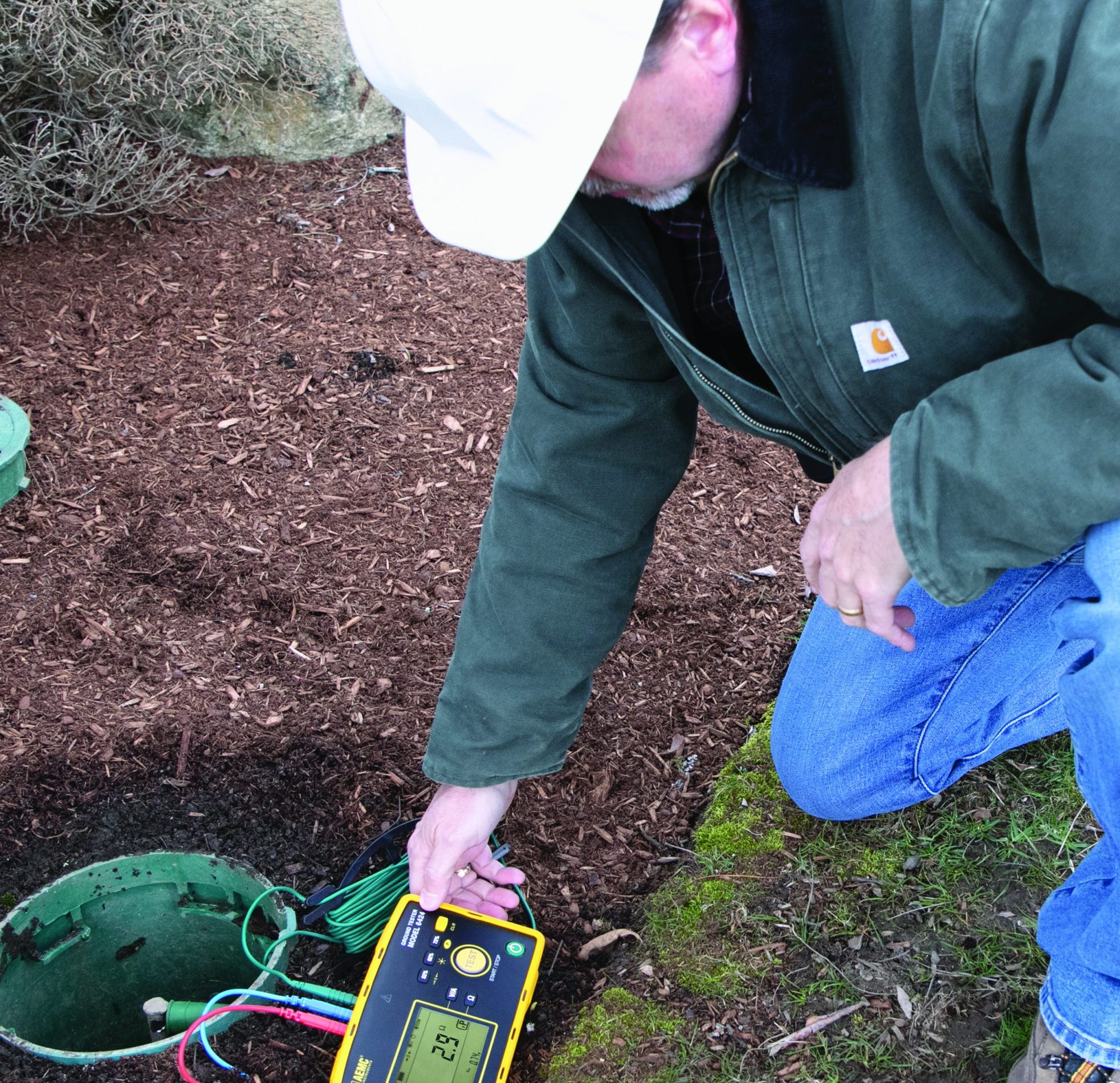 GROUND RESISTANCE TESTING also referred to earth resistance testing finds its roots in the early 1930s. Limited technology was available, so a null balance galvanometer, a decade resistance box and a DC power source combined to make one of the first ground testers.

Years later hand-cranked technology, first using a generator, provided the test voltage. Electronics set in the 1950s and 60s gave birth to electronic ground testers with electronic amplifiers. Eventually, digital displays came to the scene, though analog meters remained due to customer familiarity and preference. Over 20 years ago, AEMC® revolutionized the ground testing market by offering clamp-on ground testers that eliminated the need to test with using auxiliary rods. AEMC continues to advance the technology with both sophisticated instrumentation instruments designed for testing transmission tower grounding as well as simplifying fall of potential testing operation with models that are attractive for those who have to perform ground resistance testing on a sporadic basis. This article introduces one such model designed to ensure that the right measurements are performed, but first let us review some of the fundamentals of grounding and fall of potential testing.

The term “ground” is defined as a conducting connection by which a cir- cuit or equipment is connected to the earth. The connection is used to establish and maintain, as closely as possible, the potential of the earth on the circuit or equipment connected to it. A “ground” consists of a grounding conductor, a bonding connector, its grounding electrode(s), and the soil in contact with the electrode.

“Grounds” have several protection applications. For natural phenomena such as lightning, grounds are used to discharge the system of current before personnel can be injured or system components damaged. For foreign potentials due to faults in electric power systems with ground returns, grounds help ensure rapid operation of the protection relays by providing low resistance fault current paths. This provides for the removal of the external potential as quickly as possible. The ground is designed to drain the extraneous potential before personnel are injured and the power or communications system is damaged.

Ideally, to maintain a reference potential for instrument safety, protect against static electricity, and limit the system to frame voltage for operator safety, a ground resistance should be as close to zero ohms as possible.

Finally, low ground resistance is essential to meet electrical safety standards such as provided by OSHA and NEC®.

The basic components of a typical grounding electrode system include the following components:

Grounding electrodes are usually made of a very conductive metal (copper or copper clad) with adequate cross sections so that the overall resistance is negligible. The National Institute of Standards and Technology (NIST) has demonstrated that the resistance between the electrode and the surrounding earth is negligible if the electrode is free of paint, grease, or other coating, and if the earth is firmly packed around it.

The only component remaining is the resistance of the surrounding earth.

The electrode can be thought of as being surrounded by concentric shells of earth or soil, all the same thickness. The closer the shell to the electrode, the smaller its surface; hence, the greater its resistance. The farther away the shells are from the electrode, the greater the surface of the shell; hence, the lower the resistance. Eventually, adding shells at a distance from the grounding electrode will no longer noticeably affect the overall earth resistance surrounding the electrode. The distance at which this effect occurs is referred to as the effective resistance area and is directly dependent on the depth of the grounding electrode.

The Fall of Potential test method requires the placement of two auxiliary electrodes, an injector internationally referred to as H and a potential electrode referred to as S.

On the other hand, if the auxiliary potential rod S is located outside of the effective resistance areas (see diagram B), as it is moved back and forth the reading variation is minimal. The readings taken should be relatively close to each other, and are the best values for the resistance to ground of the system E. The readings should be plotted to ensure that they lie in a “plateau” region as shown in diagram B. The region is often referred to as the “62% area.” Readings generally are taken every 10% of the distance from the ground under test and the injector electrode for a total of nine measurements. The average of the three closest readings which usually occur between 50 and 70% along the test path is the effective resistance of the system under test.

The simplified test method a.k.a. the 62% method has been adopted after many years of analyzing actual test data. In this case only three measurements are taken at 52, 62 and 72% of the distance between the ground system and the injec- tor electrode with the average of the three readings used to determine the effective resistance of the system under test as long as the electrodes are placed outside of the influence of each other.