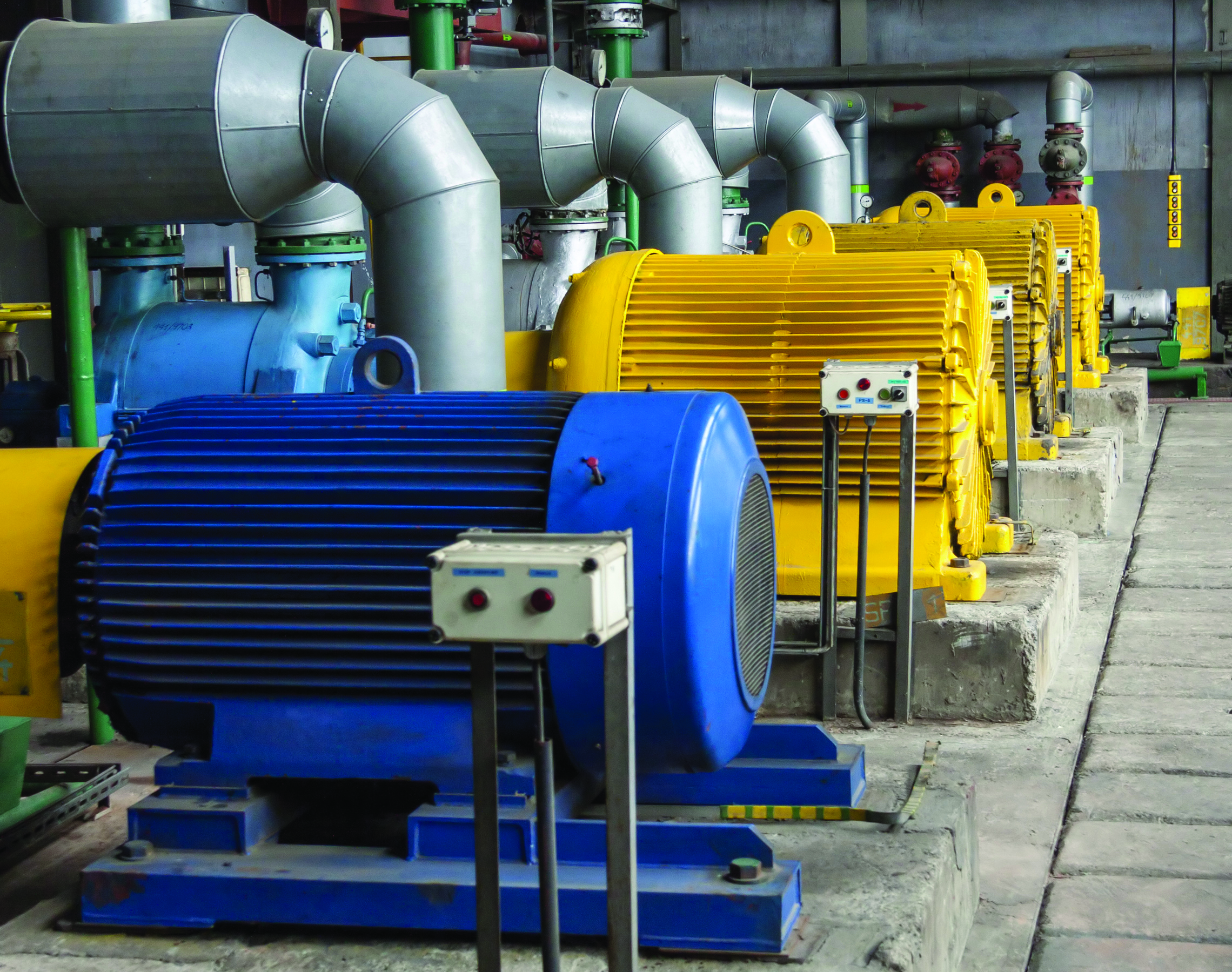 For motors fed from a variable speed drive, the drive may shut down to prevent potential motor damage.

Voltage surges are defined as a sudden increase in the supply voltage of 10% or greater for a short period, after which the voltage returns to its normal value. This time period for a surge is generally between 10 ms and 1 minute. Surges are mostly caused by a large load being switched off somewhere on the power supply network or in the local installation.

Although the effects of sags may be more noticeable, voltage surges are often more destructive. Regular and sustained voltage surges can cause insulation degradation in motors because of the increases in current flow and heat generation, with this degradation ultimately leading to premature failure of the motor. Surges can also cause breakdown of components in power supplies and damage to electronic equipment, which is often sensitive to overvoltage.

Fortunately, there are ways to mitigate the effects of sags and surges but an essential first step is always locating the cause of the problem. This is achieved by conducting a site survey, which involves moving around the electrical installation, measuring current and voltage at various locations and using this information to identify the source of the sags and surges.

Site surveys are most easily performed with a power and energy logger or power quality analyzer. These instruments can be connected quickly and non-intrusively to distribution panels and other key points within the installation and left in place to gather and record information. In many cases, there is no need to even turn the power off while connecting the instrument.

In many cases the source of the problem will be within your own installation and, once you’ve identified the equipment causing the sag or surge, you canwork on solutions which might include supplying the equipment in question from a dedicated circuit, installing a UPS or, in the case of motors, adding a soft start or variable speed drive to reduce sudden changes in the current the motors draws from.

Transients – which are also called spikes – can have an effect on equipment and installations that ranges from mildly irritating to extremely damaging and costly. An electrical transient is a very fast, short duration spike in voltage that can be several thousand volts in magnitude. It may be a single event, but it can also come in bursts. The voltage spike produces an increase in current in the load, seen as a current spike, which results in a momentary increase in the energy transferred from the supply to the load. Depending on the magnitude and duration of the transient, the amount of extra energy may be no consequence, or it may be enough to cause serious damage.

Most transients are generated by events external to the installation that is affected. These include as lightning strikes, load switching and fault clearance in the utility company’s supply equipment. Because of their high voltages and energy content, transients produced by lightning pose the highest risk of equipment damage and failure, but studies have shown that most transients – more than 80%, are generated within the installation itself.

Lightning induced transients are potentially damaging because the current typically rises quickly to its maximum level within 1 to 10 microseconds, then it decays more slowly in around 50 to 200 microseconds. This rapidly changing current creates electromagnetic radiation (radio waves) that travels outward from the location of the strike. If this radiation encounters an electrical conductor, such as a power line, a communication line or a metallic pipe, the conductor acts like an aerial and a high voltage – the transient – is induced into it. The conductor doesn’t have to be struck directly by the lightning. A strike to the ground near to the conductor can induce large transients.

Other external factors like load switching and fault clearance within the utility supply can generate transients. Load switching transients result from the sudden release of electrical, magnetic, or in the case of rotating machines, mechanical energy stored in a device at the instant it is turned on or off.

A much more frequent source of transients is load switching within an industrial facility. The event that gives rise to the transient could be something like bus transfer is likely to be something simple like a circuit breaker or a contractor opening or closing. Even operating a light switch can create transients and, in every case, the level of transients will be increased if the switching device has faulty or corroded contacts. Office equipment, such as photocopiers and laser printers, are notorious for generating transients, as are HVAC systems. In fact, whenever an inductive or capacitive load is switched on or off, it will almost certainly produce a transient – although a small one, that propagates through the electrical installation.

It is generally the case that the transients generated internally within the installation, which are usually small, are likely to cause slow degradation over time. The much larger transients produced by lightning and the switching of large inductive loads can, however, cause immediate insulation breakdown and subsequently deliver large amounts of energy into the equipment, resulting in failure and, in the worst cases, fire or even an explosion.

The mechanism of these dramatic failures is that when equipment is subjected to a transient that has a voltage higher than the breakdown voltage of the equipment’s insulation, a flashover is likely to occur. This flashover is a low impedance electric arc through which current from the supply can flow. With all of the energy of the supply voltage behind it, the strength of the arc and the heat it produces increase almost without limit, creating the risk of fire, explosion and can be life threating.

Traditional electrical equipment is likely to suffer damage only if exposed to large and/or high energy transients, but electronic equipment is much more sensitive and, unless protected, it can be irreparably damaged by comparatively small transients. This is because microcontrollers and similar components rely on thin areas of silicon to insulate them, and such insulation can be damaged by over voltages that would go completely unnoticed in traditional equipment. It’s worth noting that transient damage to electronic devices doesn’t necessarily result in immediate failure but may reveal itself as a random failure at some future time. Given the present day reliance of almost every aspect of commerce, business and manufacturing on electronic systems, such failures are a real concern, leading to costly downtime and consequential costs.