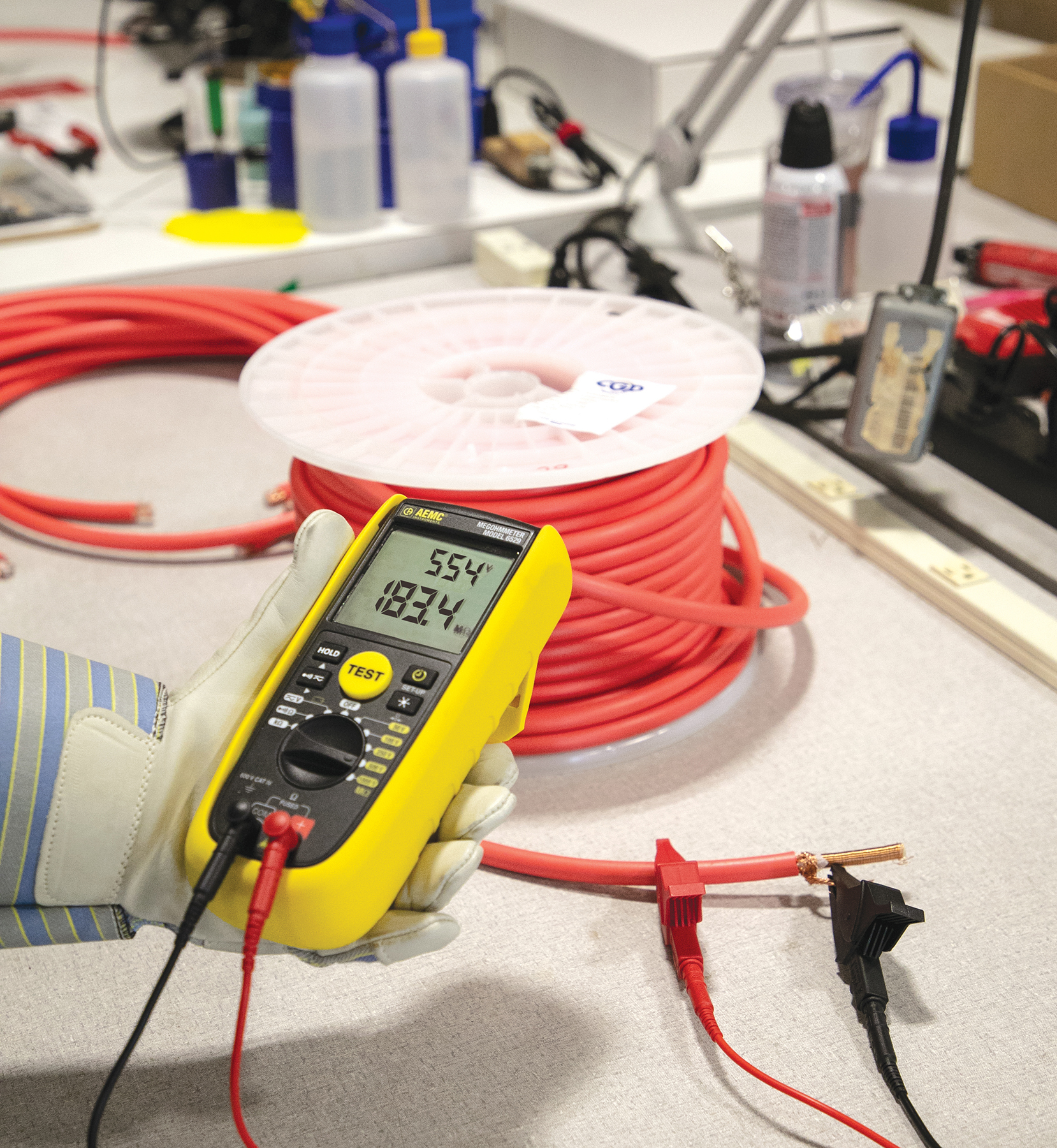 One interesting common belief is that these instruments, in fact, measure resistance. They do not. Insulation resistance testers actually measure current. They calculate the resistance using ohms law, R=E/I. They can do this because they know the voltage that they inject and can measure the current that flows through the device under test.

Insulation Resistance test is typically classified by the highest voltage level they are able to produce. Common ranges are 500, 1000, 2500, 5000, 10,000, 15,000 and higher. Generally speaking their higher voltage testers are used in more sophisticated applications where other variables like inductive and capacitive elements are present in the device on the test requiring longer test times to achieve effective results.

Conduction current, often called leakage current, is the steady current present both through and over the insulation. This is a critical measurement since an increase in conduction current over time is likely an indication of deteriorating or damaged insulation.

On a day-to-day basis a basic 1000 Volt handheld type insulation tester is a valuable tool to keep in one’s tool bag. These instruments tend to be lower in cost and extremely easy to operate and get quick results testing devices such as power cables and small motors that are fundamentally resistive in nature with little to no inductive properties. The test time requirements in these applications tend to be short, to minutes or less and generally require test voltages of 1000 volts or less for a handheld Megohmmeter.

Some of the key features of this device are:

One key feature of the model 6529 is its ability to provide a quick visual of both general resistance and insulation resistance out of tolerance conditions changing the backlight on the display to red. Thus, a quick visual go-no-go decision can be made. Blue display is a go, a red display is a no-go. The display also indicates the test voltage and the resistance reading. As shown below during a resistance test where a reading over 2 ohms would be a faulty condition the display changed from blue to red and activated an alarm buzzer (user selectable) making it quick and easy to assist the operator in identifying the problem.

One other key feature of this versatile low-cost Megohmmeter is one called Differential Mode Resistance (DMR).

This is a great asset in verifying that multiple items that should have the same resistance value are within an acceptable range.

Here the operator first measures the resistance of the reference product then presses the test button to lock the reading in as the reference. From there on subsequent measurements are compared to the reference and the delta value is displayed. If the reading is outside of the differential percentage selected by the user and stored using the setup function, the display turns red to indicate a potential defective product as shown here.

Having a low-cost handheld insulation resistance tester in your tool bag will be a valuable and versatile asset when troubleshooting and qualifying material on the job site. It will pay for itself in no time saving you time and cost during typical installations and repair work. The AEMC 6529 is feature-rich and designed for day-to-day electrical installation tasks.