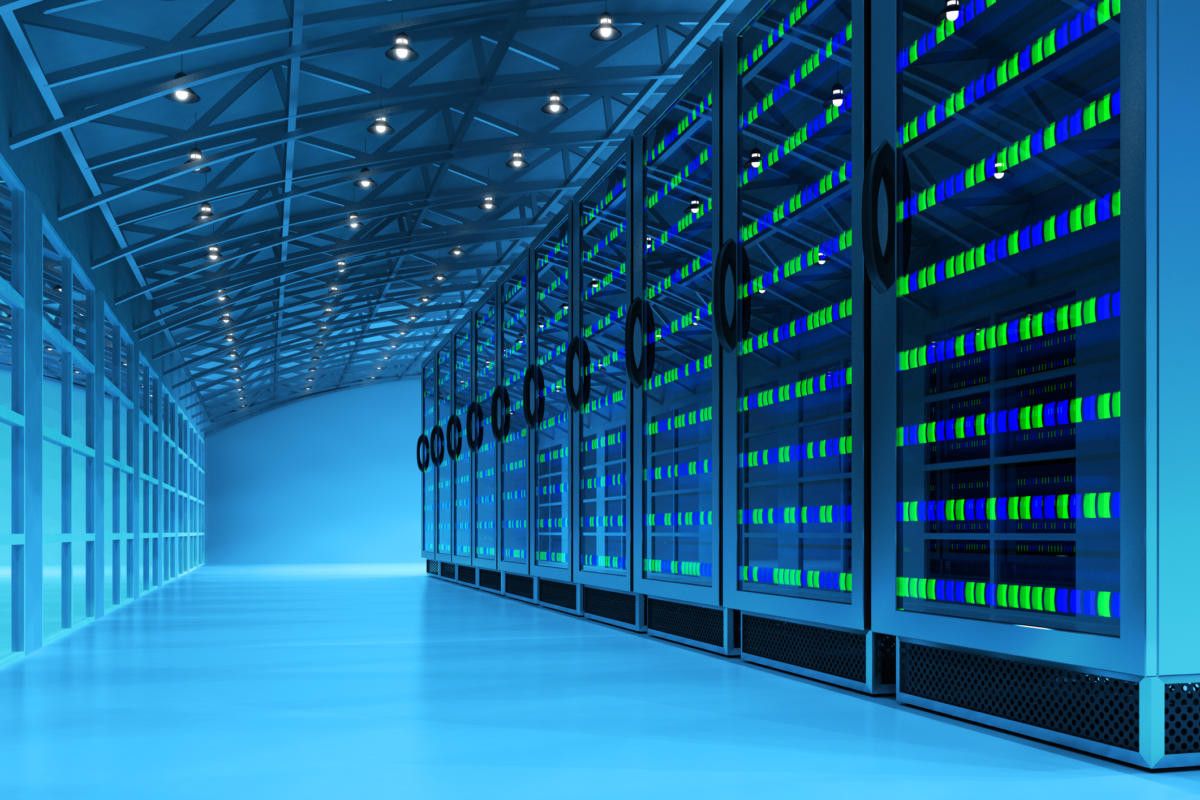 THE MISSION CRITICAL ROLE that data centers play in supporting global business operations cannot be over-stated. Rapid adoption of hybrid IT and cloud services, the growth of AI, and an ability to support a remote workforce have made data centers essential for storing and transmitting the “1s and 0s” the world economy runs on. The connectivity of home automation devices, as well as the dramatic increase in e-commerce shopping and virtual conferencing during the COVID-19 pandemic, has also bolstered data centers’ significance in everyday life.

To give a sense of the volume of information being processed by data centers, consider eBay. It processes 300 billion data queries each day, with a data footprint exceeding 500 petabytes (4e+9 GB). That is enough to backup the American Library of Congress more than 300 times.

While the economy depends on data centers for a variety of reasons, the more than seven million data centers operating around the world depend on one common factor for their 24/7/365 availability: the reliable supply of electrical power.

Data centers that are experiencing regular power outages risk their temperature control systems shutting down, potentially leaving the estimated 18 million servers deployed worldwide within them vulnerable to the dangers of overheating and condensation changes. Both can limit a server’s capacity to safely store data and may permanently damage its operation. According to a 2018 survey by Uptime Institute, 31% of data centers experienced a power-related downtime incident or severe degradation that year and 48% reported at least one outage at their site or at a service provider in the previous three years. This problem has only grown more severe – and more expensive – since then.

Downtime due to a power outage has grave consequences for data centers. Gartner reports that data center downtime costs $5,600 per minute or between $140,000 and $540,000 per hour depending on the organization. Based on an average reported incident length of 90 minutes, the typical cost of a single downtime event was approximately $505,500.

These costs are calculated applying such things as data loss or corruption, employee and equipment productivity reductions, equipment replacement, root-cause detection and recovery actions, legal and regulatory repercussions, revenue loss, and the long-term repercussions on reputation and trust among key stakeholders. While business disruption and lost revenue are cited as the most significant cost consequences of downtime, other less obvious costs also have a significant impact on an average downtime event. For example, every second a data center experiences downtime, their clients experience downtime as well, creating a cascading effect of losses.

A survey conducted by Emerson showed that more than 39 percent of data center outages were attributed directly to vulnerabilities in the facility’s power. Among the general root causes of data center downtime related to power, UPS (uninterruptible power supply) battery failures proved to be the most costly ($687,700) and accounted for one-quarter of all such events. The battery in a UPS proved to be the most vulnerable part of the system.

Having a system of UPS is essential in any data center, large or small, to ensure service continuity. UPS provide critical backup power if the primary power source goes offline due to a dis- ruption or a catastrophic emergency. It bridges the short-term loss between utility power failure and backup generator operation. In addition to backup power, a UPS provides protection against surges, sags and other disruptions that can severely damage connected devices, re- duce their lifespan, or affect their overall performance.

Why Do UPS Batteries Fail?

Like every battery, UPS batteries have a built-in lifespan (approximately 3-6 years) and require replacing when they can no longer supply 80 percent of rat-ed capacity in ampere-hours. However, UPS battery life may be compromised by several factors other than time. For instance, if ambient temperatures are too warm or if the battery is subjected to wide temperature variances, it is put at serious risk of degrading. In general, if the temperature drops below 22 oC, UPS batteries will underperform or sustain damage. On the other side of the ledger, operating above 25oC will result in increased battery capacity but reduced battery life. As a guideline, every 8 oC rise in temperature above 25° C cuts the battery life in half.

Over-cycling is another culprit. “Cycling” refers to when a battery is discharged and recharged. If this happens too often it reduces the capacity of a battery and causes deterioration of the battery contacts. Constant discharging of batteries will send them to a premature end-of-life. In addition, UPS batteries may fail due to incorrect float voltage, as well as leaving them in storage too long without recharging, or as a result of simple human error.

Overheating is by far the most frequent cause of UPS battery failure and the accelerating of the aging process. Even batteries designed for high-temperature chemical reactions are not immune to heat-induced failures due to parasitic re-action within the cell. Overheating will happen in a data center due to:

Three-phase UPS are commonly in- stalled in data centers for larger equipment with higher power requirements distributed over longer distances. A single-phase UPS is generally used for smaller loads within the data center, for instance, for HVAC and control equipment, network workstations, VoIP, rack or distributed servers, and safety/security systems. Smaller remote IT centers and edge data centers may rely entirely on single-phase UPS to keep infrastructure operational.