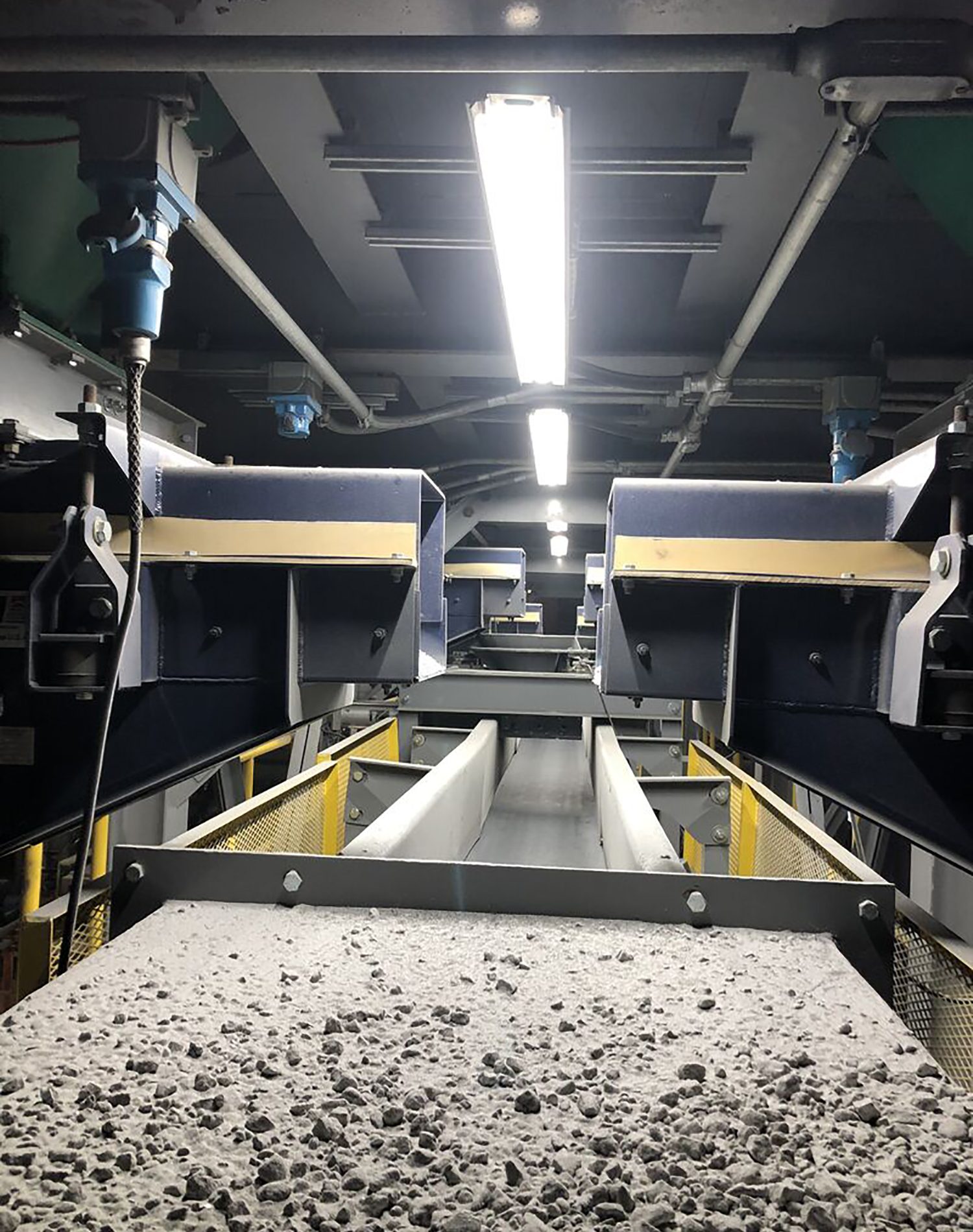 This is a continuation of Part 1.

Another issue adversely affecting the performance of industrial lighting is vibration. For example, a coal crusher generates strong vibrations throughout a power plant when crushing coal blocks. Vibration from the crusher can disengage fixtures from mountings, as well as endanger the safety of employees who may be struck by components coming apart and plunging into work areas or process machinery. Severe vibrations will damage a standard commercial fixture beyond repair and leave employees without lighting.

When deciding on an LED luminaire for your facility, factor in the strength of the vibratory load, the distance between the luminaire and the vibrations, and whether vibrations are intermittent or continuous. Fortunately, LEDs generate light using solid state engineering that is largely impervious to vibration. However, LED drivers do contain wires and connections. In a lower quality luminaire, excess vibration will loosen these connections, which in turn will cause flickering or failure.

Dust is an especially destructive agent to luminaires. In addition to accelerating the corrosive process, dust will affect the cooling of the luminaire by acting as insulation and preventing heat from escaping. Dust will accumulate inside unsealed luminaires, creating problems with conductivity, moisture ingress, electrical shorts, increased arcing
and carbon tracking, and ultimately, premature failure.

Dust absorbs water. The more dust particles that settle on a luminaire, the more water that could come into contact with its metal surfaces and promote corrosion, especially in humid air conditions. This gives rise to the formation of pinholes and local pit sites on the surface. Dust can contain oils, organic materials, minerals, and chemicals, all of which can diminish the reliability and life span of the luminaire. It can also contain small amounts of carbon-based debris that might act as a conductor, or prevent conduction of electricity, and could cause serious damage to the internal workings of an LED luminaire.

When deciding on an LED luminaire for your facility, factor in the strength of the vibratory load, the distance between the luminaire and the vibrations, and whether vibrations are intermittent or continuous.

The increasing frequency of dust storms, particularly in the Middle East, has made dust settlement one of the challenging problems in this region for luminaires. But the fact is, dust is everywhere, from mining to paper mills.

The term “dirty power” refers to abnormalities in an electrical signal that compromises quality. Caused by electromagnetic interference, dirty power will lead to lighting irregularities such as flashing, strobing, flickering or premature luminaire failure. There may also be a noticeable loss of brightness due to damage to the LED driver. The most common form of dirty power are voltage surges, also known as transients. Surges can be caused by lightning, power outages, overloaded circuits, damaged wiring, or simply turning on motors, pumps or furnaces. Voltage surges have a destructive impact upon LED lighting systems by wearing out LED drivers and increasing service interruptions.

In industrial environments running round-the-clock, a well lit facility leads to higher productivity, safer machine operation, improved product quality, and accident prevention. It also leads to a major upsurge in energy expenses with lighting consuming up to 40% of utility bills.

When specifying LED luminaires for a wet and/or harsh industrial environment, there are a number of performance factors to consider. However, while the criteria can vary depending on a specific application, there are common performance metrics that need to be incorporated into the luminaire to ensure reliability, safety and energy-efficiency. Those are: